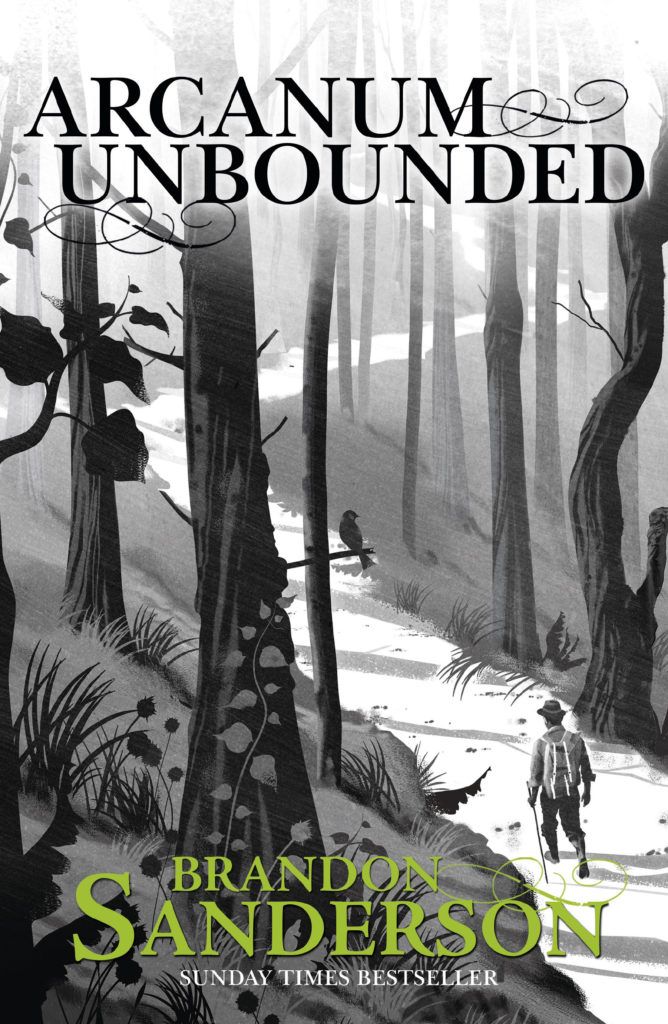 Arcanum Unbounded contains a collection of nine short stories from Brandon Sanderson’s Cosmere, individually too small to publish by themselves . Each story is, in itself, a quick glimpse into the extent of Sanderson’s Cosmere and the dept he puts every story. Every section in the book takes you through a new solar system in the Cosmere, explaining it’s geography and past (including of course where Sanderson’s novels take place).

Many of the nine short stories are another glimpse into a world Sanderson’s already created for one of his series of novels, such as The Stormlight Archive and Mistborn.  They were originally just an salute to the extent of the background work Sanderson puts into his each of his novels and were never actually meant to be published. However other short stories were created just for Aurcum Unbounded, as a window into a world we haven’t yet seen feature as part of the Cosmere but, are world’s which Sanderson feels are integral to how the overall story will play out (yes that’s right, they’re all connected!) and felt a need to include them therefore. Yet these short stories were far too small to be of any significance on their own, so this arrangement, putting the two types together, suited his needs perfectly.

Teen Rating: An essential read for any fans of Sanderson, offering some integral incites to many of his already published novels and an indication to fate of the Cosmere on a whole. Something we haven’t seen feature much in his novel’s to date.  13+   5/5