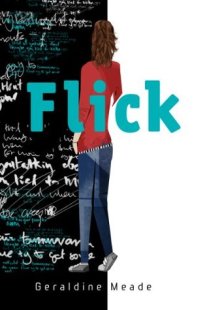 Felicity Costello is, for the most part, an ordinary sixteen-year-old. Felicity or Flick parties on the weekend and spends the rest of the week drifting from class to class, a zombie, moping about and playing her guitar in her room until the next weekend. Each week the same process repeating itself and each week meant to be the last. The unbreakable chain smothered in lies and of course hidden from her parents. The lies slowly begin to get worse and worse sending Flick in a downward spiral of depression and when things start to go wrong, Flick is afraid to confide in her parents for fear of getting the telling off of her life or worse.

After a bad run in with some boys and a photo showing Flick kissing another girl is posted online, Flick doesn’t feel her life is worth living anymore. After a failed suicide attempt doesn’t kill her, Flick is presented with a chance to set her life right. But, what’s right anyway? Surely the ‘incident’ with the other girl was just a faze? Before Flick can even attempt to turn her life around, she’ll have to be true to herself first and foremost and after that she’ll have to find some way out of the pit of depression and lies she’s created for herself. That means coming clean to her parents, after all how hard could it be? They only want what’s best for us, right?

Teen Rating: A depressing journey of sadness, frustration and lies but, a reminder to all of us that there’s always a light in the dark, no matter how dark and impossible things may seem. Whether you know it yet or not, there’s always another way out. 3.9/5.  16+