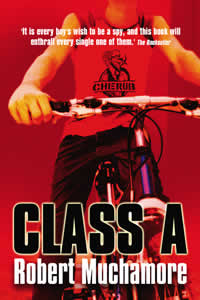 Having successfully become a Cherub Agent, James is sent on a mission to infiltrate KMG, a notorious drug gang.  James is joined by Kerry, Nicole and Kyle; who are fellow Cherub Agents. Keith Moore infamously leads the KMG (Keith Moore’s Gang) and has children around the ages of James, Kerry, Nicole and Kyle. The four agents each have an objective: Befriend one of Keith’s children and gain as much information as possible.

Keith Moore has been in control of the vast majority of Britain’s drug trade for years. He has built an empire worth millions. However with all his links and illegal deals, he has managed to avoid incarceration. After many failed attempts by MI5 to infiltrate and bring down KMG, Cherub seems to be the last hope. Will four kids be able to infiltrate one of the world’s biggest crime rings and bring down one of the most infamous drug lords of all time?