Delve into the magical world of Middle Earth; filled with Orcs, Goblins, Dragons, and plenty of adventures. The Hobbit chronicles the adventure of Bilbo Bagins, a Hobbit. Bilbo lives in the Shire, a quite and peaceful part of Middle Earth, where Dragons and Goblins alike, are nothing but myths. Bilbo is enjoying a tranquil life when Gandalf – a wizard, who dwarfs all Hobbits in the Shire (who are small by nature) – unexpectedly turns up at Bilbo’s cozy home. Gandalf and a troop of Dwarves persuade Bilbo to join them on a mission to reclaim their homeland, which had been under the control of Smaug, a dragon for many years. On their journey, the company of Dwarves, Bilbo and Gandalf encounter many obstacles.

J.R.R. Tolkien is a genius with an incredible imagination. The Hobbit is a classic and a must read for anybody who loves fiction or fantasy. The Hobbit takes the reader out of reality and into a dream-like, yet realistic world; truly a work of art. It is an amazing prequel to the Lord of The Rings.

2.And Then There Were None by Agatha Christie.

Ten individuals, strangers to each other find themselves on Soldier Island; and their host is nowhere to be seen… They appear to have been lured to the recently sold island under different pretences; a job, a catch up with old pals, a well deserved holiday. Anthony Marston was a reckless, young and prosperous man; General MacArthur, a retired WWI hero; Mrs. Rogers, the cook and Mr. Rogers’ wife; Mr. Rogers, the butler and husband of Mrs. Rogers; Emily Brent, a virtuous and highly religious elderly woman; Justice Wargrave, a respected, retired judge; Dr. Armstrong, a Harley Street surgeon; William Blore a private investigator; Philip Lombard, a well-travelled soldier; and Vera Claythorn, an ex-governess and secretary. After a couple of murders take place on Soldier Island, in which nobody besides the original ten could be hiding, the survivors come to the conclusion that one of them must be the serial killer.

Nobody comes to the island from the mainland, there is no boat on the island, and there is no way that anyone could swim to mainland. Paranoia and fear takes hold of the survivors; Who will go next? Who is the murderer? Will I ever reach the mainland again? The murders escalate into a tense, page turning murder mystery. 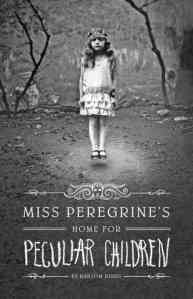 Jacob is born into a wealthy family and lavish lifestyle. He is helping out at one of his family’s many supermarkets one day when he receives a call from his grandfather. His Grandfather is distressed, as he usually is in his ripe old age. When Jacob arrives at his Grandfather’s house he finds that he has been attacked by some sort of brutal creature… In his dying words his grandfather tells him to find  “Find the bird. In the loop. On the other side of the old man’s grave. September third, 1940.”

All Jacob’s life his Grandfather told him stories of children with special abilities and monsters that wanted to kill them. However, in his Grandfather’s final years those monsters were a reality, a danger to him. They plagued his remaining time with paranoia and fear. And everyone, except Jacob thought the he was going crazy… But was he? Jacob swears that his Grandfather wasn’t killed by animals, that it was some sort of creature… A monster perhaps? Either way, nobody believes him; they say that he his upset and disturbed by seeing his Grandfather die. Jacob ventures to try and prove his grandfather right and what he comes across shocks him. Was his Grandfather insane? Were the stories true?

Riggs mixes reality with fiction to create a truly enjoyable and immersive story.