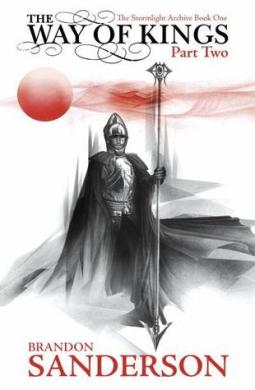 The Way of Kings (Part Two) by Brandon Sanderson

The second part of the way of kings, takes us back to the battle on the Shattered Plains. Kaladin and his bridge crew are still struggling for survival, despite what they’ve achieved. The Bridgemen are attempting to plan their escape, but whatever road they can choose to take, they can only foresee recapture, and they’re own demise. The Bridgemen are torn between two paths, to do what is right or to do what is best, for their plans of escape and their future.

On the other side of the compound, Brightlord Dalinar Kholin and his sons are barely keeping their house’s reputation alive, despite they’re best efforts. Yet some would say they couldn’t care less for what others thought about their house’s reputation or name, so why worry so much. What do they have to lose? To make matters worse, Dalinar himself is finding it increasingly difficult to follow the codes he once stood by so reverently. Even the ones as simple as to resist his temptations towards his brother’s widow. What’s more, his visions of the knights Radiant are getting more frequent and more vivid, each one furthering Dalinar’s belief in their reliability, as some form of historic documentation.

Leagues away the young scholar Shallan is frantically trying to learn everything from the very woman she plans to steal from, does one right intention overshadow a darker one? Will she succeed and be remembered forever or will she fade away into history like her already diminishing household?

TEEN OVERVIEW: To put it simply, this is most likely the best book I’ve ever read .