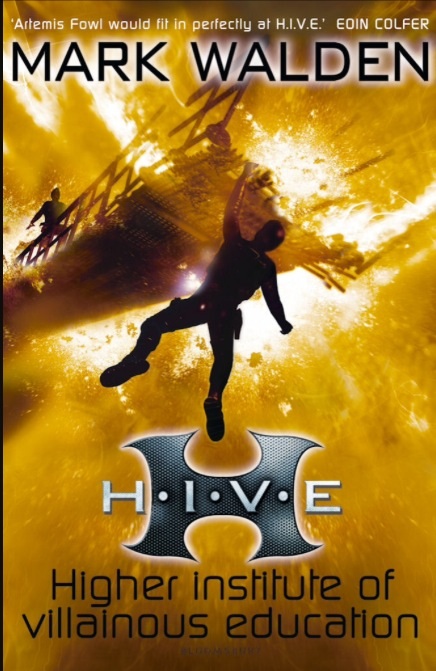 Otto Malpense is not like your average thirteen year old orphan. He learned to read at the age of three and at the age of thirteen, he developed a method of mind control that caused a national scandal involving the prime minister of the United Kingdom. After he had completed the afore mentioned assignment involving the Prime Minister. Otto was abducted by a mysterious assassin and was taken to a very secret volcanic island. This island is the base for the higher institute of villainous education also known as H.I.V.E where the Villainous elite all learn what it takes to be a super villain. This does not suit Otto at all as he has no intention of spending the next six years cut out from the world. So he finds a bunch of like minded individuals who also wish to escape and they plan the greatest breakout from any school ever known.

I love this book and I love the series even more. This book has everything it has action, it is a thriller, it is funny and it even has a bit of sci-fi. My overall love of this series comes from its pace and the use of wit. There are (at a time of writing) eight books in this series and I would recommend every single one of them.

Teen Rating: An amazing book that is the perfect start to possibly my favourite series. 4/5 12+